LAS VEGAS (March 14, 2019)—Samer Attar, MD, received the American Academy of Orthopaedic Surgeons (AAOS) 2019 Humanitarian Award for his extensive medical efforts on behalf of underserved populations across the globe. The Humanitarian Award recognizes living fellows, international and emeritus members of the Academy who have distinguished themselves through outstanding musculoskeletal-related humanitarian activities in the United States or abroad. 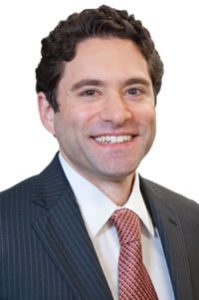 Dr. Attar is an associate professor of orthopaedic surgery at Northwestern University in Chicago and was honored today at the Academy’s 2019 Annual Meeting.

Dr. Attar’s humanitarian work started early on in his career. As a medical student, he rushed to Ground Zero during 9/11 to provide front line care. He worked twice in Bhutan with Orthopedics Overseas—once as a resident and once as an attending. He worked with the International Medical Corps in Liberia during the Ebola outbreak in 2015, and he volunteered with New York City Medics in Mosul, Iraq in 2017. Since 2013, he has worked with Doctors Without Borders (MSF) in northern Jordan and with the Syrian American Medical Society (SAMS) in field hospitals inside Syria.

Dr. Attar helped address the shortage of doctors caused by an exodus of medical professionals during the Syrian Civil War and tirelessly worked in Syria and Jordan to treat injured patients. He has made multiple trips to provide on-the-ground care as well as raise awareness of the magnitude of Syria’s humanitarian and medical crisis as documented by many media outlets.

The late orthopaedic surgeon, Michael F. Schafer, MD, a former colleague at Northwestern, described Dr. Attar as a caring physician who constantly risked his life to care for Syrians, knowing he could be the next victim of a bombing or sniper attack. Dr. Attar was the last American doctor to leave Aleppo the day the city was sieged.

“At the field hospital, he was constantly exposed to bombardment from bombs, mortar blasts, and gunfire,” explained Dr. Schafer. “The gunfire was directed to the most vulnerable civilians. It wasn’t unusual for women and the elderly to constantly be fired upon. He was called upon to treat fractures, perform amputations, [and] debride open wounds. At times he had to assist others on abdominal or chest surgeries.”

Another Northwestern colleague and orthopaedic surgeon, Terrance Peabody, MD, said that Dr. Attar exemplifies “what is best about our profession. His dedication to patient well-being and the recognition of suffering, and his willingness to sacrifice time, treasure and on occasion, personal safety, in order to alleviate that suffering meets our highest aspirations.”

“It’s been an absolute privilege to know and work with Dr. Attar. I recall talking to him right after he left Aleppo in 2016 after spending two straight weeks working nonstop in an underground hospital under constant bombardment, he told me that he wanted to go back right away because he felt that he didn’t do enough and the people of Aleppo needed him,” explained Ahmad Tarakji, MD, president of the SAMS. His selflessness continues to inspire many of us, even his colleagues who are still in Syria.”

Dr. Attar continues to prioritize caring for those wounded in war in the hardest-to-reach places, supporting medics and other rescuers placing themselves in danger, and advocating for the Syrian people.

“This award is very humbling. It means a great deal,” said Dr. Attar. “I hope it raises awareness for our colleagues in Syria and abroad who continue to risk their lives and brave bombardment in order to care for the sick and injured.”

Photos of the award ceremony available upon request.