James R. Ficke, MD, named member of the American Academy of Orthopaedic Surgeons’ Board of Directors 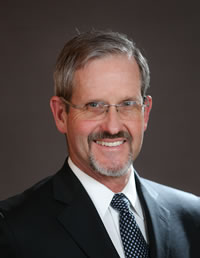 Dr. Ficke is the Robert A. Robinson professor and chairman of the Department of Orthopaedic Surgery at The Johns Hopkins School of Medicine. Additionally, he has an active academic and clinical orthopaedic practice in Baltimore, Maryland, specializing in foot & ankle, and trauma.

Dr. Ficke earned his bachelor’s degree at the U.S. Military Academy at West Point in New York and his medical degree at Uniformed Services University in Bethesda, Maryland. He completed a residency in orthopaedic surgery at Tripler Army Medical Center in Honolulu, Hawaii, an AO fellowship in trauma in Munich, Germany, and a foot and ankle fellowship at Baylor University in Dallas, Texas.

Dr. Ficke retired from the United States Army in 2013 after 30 years of service. During this time, he advocated for hundreds of military and civilian orthopaedic surgeons, and promoted communications, partnerships, international initiatives and research in orthopaedics.

His last military assignment was chairman of the Department of Orthopaedics and Rehabilitation at San Antonio Military Medical Center in Texas, and he also served the U.S. Army Surgeon General as the senior advisor for orthopaedics.

While on active duty, he deployed to Iraq and served as the chief of staff for the Surgeon General’s Dismounted Complex Blast Injury Task Force. He also served as chair and co-chair of the steering committee for the Department of Defense Peer Reviewed Orthopaedic Research Program for eight years. In 2010, Dr. Ficke received the U.S. Army Surgeon General’s Maj. Gen. Louis A. Mologne Award. This is an annual award presented by the U.S. Army Surgeon General in recognition of a senior physician for career leadership in academics, education and clinical excellence.

Dr. Ficke is a committed volunteer with AAOS. He is currently a mentor for the Academy’s Leadership Fellows Program. In 2016, he was the program chair for the AAOS Annual Meeting and also served as chair of the Extremity War Injuries Project Team and the American College of Surgeons Disaster Committee and Committee on Trauma. He currently serves on the AAOS/ACS Advisory Committee, and as an Ambassador for the Office of Government Relations

He recently was named the first male to receive the Vice Dean’s Award for Advocacy for Women in Science and Medicine at Johns Hopkins and has sponsored the Jacqueline Perry Initiative the past six years. Dr. Ficke also is an active member of the Ruth Jackson Orthopaedic Society and an outspoken ally nationally.