LAS VEGAS (March 14, 2019)—Constance R. Chu, MD, was presented with the Kappa Delta Elizabeth Winston Lanier Award at the 2019 Annual Meeting of the American Academy of Orthopaedic Surgeons (AAOS) for her research in advanced imaging technology to help prevent osteoarthritis (OA). She also discovered that many people with anterior cruciate ligament (ACL) injuries may have “pre-osteoarthritis” (pre-OA)––what she has defined as potentially reversible joint changes that occur before the onset of OA.[i] The Kappa Delta Awards recognize research in musculoskeletal disease or injury with great potential to advance patient care. 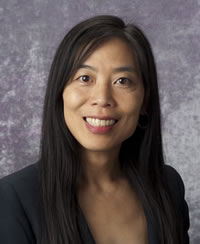 According to the Arthritis Foundation, arthritis is the most common cause of disability, with an average of 54 million people in the U.S. suffering from the disease. OA is the most common type of arthritis, characterized by progressive damage to cartilage and other joint tissues.

“There is currently no good way to repair or restore joints once the cartilage erodes and OA develops because most people don’t know they damaged their cartilage until it’s too late,” said Dr. Chu.

This line of work, funded by the National Institutes of Health, spanned nearly two decades. During this time, Dr. Chu and her team studied four imaging techniques to identify cartilage and joint abnormalities following joint injury. One of the four techniques, MRI UTE-T2* (Magnetic Resonance Imaging, Ultrashort Echo Time) mapping––a noninvasive imaging technique––produced color maps that showed variations in the deep layers of cartilage that are undetected by a regular MRI.

Dr. Chu’s goal was to identify pre-OA joints to determine if the damage could be reversed before the onset of OA. To do this, she used ACL injury patients as a model for the study because this specific injury can advance the development of OA in joints. The most common age for females and males to tear their ACL is 16 and 17 years old respectively.[ii]

Among young female soccer players, 51 percent were found to have knee OA on X-rays in their early thirties, just 12 years after ACL injury.[iii] Similarly, the team’s research consistently showed that about half the people studied had joint changes by two years after ACL reconstruction that were associated with worse outcomes and a higher risk for OA. However, the initial subsurface cartilage damage they observed by MRI UTE-T2* in the ACL injured patients healed in more than half by two years after ACL surgery.

“This is incredible,” said Dr. Chu. “For centuries we’ve been taught that cartilage can’t heal itself, when in fact, this research suggests it can if the damage hasn’t broken the surface.”

The research also highlights that early intervention for patients with pre-OA is a critical step toward preventing the onset of OA.

“If we can identify cartilage abnormalities before the surface breaks down, the patient can potentially recover with therapeutic interventions such as stem cells, gene therapy and improved walking mechanics,” said Dr. Chu. “You need to know something is wrong with the cartilage while the surface is still intact and long before any symptoms, which is much earlier than anyone would think to seek treatment. The MRI UTE-T2* imaging allows us to see changes beneath a seemingly healthy cartilage surface.”

Dr. Chu’s advanced imaging studies also are contributing to the discovery of biological biomarkers suitable for characterization of a pre-OA joint. Similar to testing cholesterol levels as a potential indicator for heart disease or high blood sugar for diabetes, these markers allow for the development of effective early prevention or treatment strategies for OA. Her team employs a muti-disciplinary approach combining mechanical, biological and imaging markers to identify pre-OA.

According to Dr. Chu, the MRI UTE-T2* has been the missing component to progress preventive treatment strategies from the laboratory into clinical trials. Moving forward, she and her team will employ this imaging technique in four federally-funded clinical trials to study biologics, gene therapy and gait retraining to treat joints early after ACL and joint injuries to help thwart OA.[iv]

Dr. Chu is professor and vice chair research in the Department of Orthopeadic Surgery at Stanford University. She also is director of the Joint Preservation Center and chief of Sports Medicine at the VA Palo Alto Health Care System. Dr. Chu graduated from the U.S. Military Academy at West Point and earned her medical degree from Harvard Medical School. After attending West Point, Dr. Chu was a former Military Intelligence Officer where she commanded an imaging intelligence unit, which lead to her interest in imaging related to orthopaedics.

This is Dr. Chu’s second Kappa Delta Award, having received the Young Investigator Award in 2007 .