Graft choice and cause of injury highlighted as significant findings

LAS VEGAS (March 14, 2019)—The 2019 Kappa Delta Ann Doner Vaughn Award was presented to Rick Wright, MD, and The MARS Group at this year’s Annual Meeting of the American Academy of Orthopaedic Surgeons (AAOS) for his research studying the issues surrounding poor outcomes of revision anterior cruciate ligament (ACL) reconstruction. The Kappa Delta Awards recognize scientists whose research in musculoskeletal disease or injury have led to advancement in patient treatment and care. 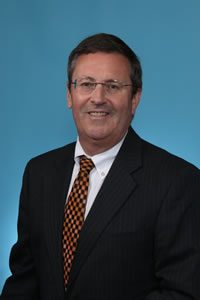 To thoroughly study revision ACL reconstruction, the team developed a multicenter, multi-surgeon group (MARS – Multi-center ACL Revision Study) by engaging members of the American Orthopaedic Society for Sports Medicine (AOSSM), which allowed for a nearly 50/50 mix of academic and private practice surgeons. In total, the group consisted of 83 members at 52 sites — the most sites involved in a single orthopaedic study. The team had a centralized coordinating center and a dedicated coordinator, who engaged patients and surgeons in follow up for the study leading to a very high follow-up rate of greater than 99 percent.

“We had a study design and a research structure where private practitioners could participate at no disadvantage as it wasn’t a huge burden on them,” said Dr. Wright. “There were plenty of private practitioners who wanted to help answer this question of why revision ACL surgery had worse outcomes, but weren’t in a situation where they could typically do a lot of research. Their involvement helped increase our data to be able to run the statistics and do the analysis as well as made our results very generalizable to the sports medicine practitioner.”

The study enrolled 1,234 patients with a median age of 26 and the majority (58 percent) being male. Seventy-three percent were injured while playing a sport, with the most common sports being soccer and basketball. Of the 87 percent of patients who had their first revision, 13 percent underwent a second or higher revision ACL reconstruction.

The most common cause of failure for patients who had one revision surgery was due to a traumatic re-rupture typically while playing a sport, while gradual onset was the most common cause for patients with multiple revision ACL reconstructions. The choice of graft—the type of tissue used to make a new ligament—was a factor in revision, with autograft proving to be a better choice. Compared to allograft, autograft is 2.78 times less likely to re-rupture at two years postoperative. At six years follow up, patients who had an autograft were more active than those who had an allograft. Age also played a factor in those needing revision surgery—patients who had a primary ACL reconstruction before the age of 20 doubled their risk for revision.

“The allograft had been used in people who were less active and, on average, four years older,” said Dr. Wright. “The allografts were failing in an older less active population still at a rate higher. At six years, the increase jumps to six times more common to fail with an allograft. In general, it likely holds true that in younger, more active patients in the revision setting, allografts fail more commonly.”

The researchers hope that the findings lead orthopaedic surgeons to use autografts more for revision ACL reconstruction and that the data provide surgeons with more information to counsel patients on potential outcomes.

Dr. Wright is the executive vice chairman of the Department of Orthopaedic Surgery, Washington University in St. Louis. He is the head team physician for the St. Louis Blues, the current President of the American Orthopaedic Association and a director for the American Board of Orthopaedic Surgery. This is his second time being honored with the Kappa Delta Ann Doner Vaughan Award. He previously won the award in 2012 for his research on the prognosis and predictors of ACL reconstruction.