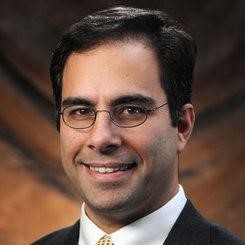 According to the AAOS, PJI occurs around an implant such as an artificial knee or hip joint. Because joint replacements are made of metal and plastic, it’s difficult for the immune system to attack bacteria that make it to these implants, causing a possible infection. Infections must be diagnosed properly, as the treatment of an infected versus an uninfected joint replacement is dramatically different. It’s estimated that by this year, there will be approximately 65,000 hip and knee replacement infections, costing the U.S. health care system $1.6 billion.[i]

“There’s a level of ambiguity and uncertainty that can occur when surgeons interpret the traditional laboratory tests used to diagnose PJI, because the laboratory reporting of these tests does not coincide with official diagnostic recommendations for PJI,” said primary investigator, Dr. Deirmengian, orthopaedic surgeon and associate professor of orthopaedic surgery, Rothman Orthopaedic Institute in Philadelphia.

For a medical condition without an approved test, medical organizations such as the Musculoskeletal Infection Society (MSIS), often create a criteria-based scoring system to make a diagnosis, which uses a combination of already existing hospital tests that are not intended to diagnose joint infection. They then establish cutoffs (the value that distinguishes between positive and negative results) which a surgeon has to know in order to properly interpret these tests and diagnose the patient.

“Essentially, these tests weren’t specifically made for the orthopaedic community and you can imagine the complexity that a surgeon faces having to know all of the MSIS cutoffs and their applications,” said Dr. Deirmengian. “Additionally, these cutoffs need to be properly interpreted since they vary through the literature, which can lead to an inconsistent application of the diagnosis.”

Knowing the risks and potential complications of PJI, Dr. Deirmengian’s interest in molecular biology and chemistry sparked an idea early in his medical career.

When Dr. Deirmengian started his residency at the University of Pennsylvania, genomics––which is the study of all of a person’s genes­­––wasn’t widely utilized in orthopaedics. However, once he saw synovial fluid (fluid around certain joints to lubricate and reduce friction during movement) for the first time, he realized it was the perfect tissue to study at a genomic level due to its simple cellular composition.

In 2005, Dr. Deirmengian published his first report[ii] (partially funded by an Orthopaedic Research and Education Foundation grant) which identified potential synovial fluid biomarkers for PJI. He was able to determine that neutrophils (a type of white blood cell) in an infected knee had a different gene responses than neutrophils in a knee that wasn’t infected. These findings introduced the idea of using these biomarkers to diagnose PJI. In recognition of this work, he received the Mark B. Coventry, MD Award from The Knee Society.

“Now that I knew which genes turn on when there is an infection, I wanted to develop a simpler and less expensive test to detect changes in the synovial fluid at the protein level based on what I learned in the genetic study,” said Dr. Deirmengian.

He studied 23 different proteins and demonstrated that different families of synovial fluid protein biomarkers can be used to potentially diagnose PJI.[iii] By knowing the specific protein families that were elevated in the synovial fluid of infected patients, Dr. Deirmengian and his team conducted a four-year study at the Lankenau Institute for Medical Research in Wynnewood, Pa. to determine which proteins would be best at diagnosing PJI.

Dr. Deirmengian and his team started a fully functioning diagnostic orthopaedics lab to offer the alpha-defensin and other tests to orthopaedic surgeons around the country. It quickly became one of the largest laboratories in the world, receiving hundreds of synovial fluid samples a week, allowing them to conduct more extensive research.

As other institutional studies confirmed the work of Dr. Deirmengian and his team, the next step was to take the alpha-defensin test through the FDA review process. This included a prospective, multi-center, adjudicator-blinded clinical trial to evaluate the clinical performance of the alpha-defensin Lateral Flow Test for PJI, including sensitivity and specificity. The Lateral Flow Test is a disposable cartridge-like device that hospital laboratories can utilize to get an alpha-defensin result in 10 minutes.

The patient cohort in their study included 305 adults with a total hip or knee arthroplasty, exhibiting signs and symptoms that demonstrated a likely need for a revision arthroplasty. Of the group, 131 were men and 174 were women with a mean age of 64.8 years.

Among the results of the study Dr. Deirmengian and his team found:

In May 2019, the FDA authorized the Alpha-defensin Lateral Flow Test for PJI. According to the FDA, prior to this authorization, there were no FDA-authorized diagnostic tests specifically designed to help health care professionals determine whether the inflammation around a prosthetic joint was due to an infection or another cause.

“This test is intended to be used in conjunction with other diagnostic methods, but it is unique in that it is intended for orthopaedics, which means that the laboratory-reported result can be directly used by the surgeon, without the complexities of applying other cutoffs and alternative interpretations,” said Dr. Deirmengian. “There’s value in having a test that’s intended to diagnose these infections, so every surgeon, regardless of subspecialty, training, or knowledge, can be equally effective in using the test and understanding its result.”

Kappa Delta Foundation
Kappa Delta Sorority is a national organization for women with nearly 260,000 members, more than 500 chartered alumnae chapters and 169 active collegiate chapters. Established in 1981, the Kappa Delta Foundation is a 501(c)3 organization whose mission is to secure funds for the educational, leadership and charitable purposes of Kappa Delta Sorority. The foundation is supported by member donations and bequests that fund programs and initiatives such as scholarships, internships, grants and more. Kappa Delta National Headquarters is in Memphis, Tennessee. For more information, visit www.kappadelta.org/foundation.