ROSEMONT, Ill. (March 30, 2020)—The American Academy of Orthopaedic Surgeons (AAOS) presented its 2020 Diversity Award to James A. Hill, MD, FAAOS. The Diversity Award recognizes members of the Academy who have distinguished themselves through their outstanding commitment to making orthopaedics more representative of, and accessible to, diverse patient populations. 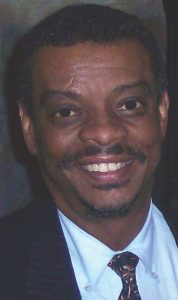 Dr. Hill is an outstanding role model who recognizes the need for diversity and who addresses that need through service, explained John F. Sarwark, MD, FAAOS, a colleague of Dr. Hill’s at Northwestern University Feinberg School of Medicine. He noted that Dr. Hill has served on several of the school’s minority affairs committees and is a staunch advocate for diversity in the orthopaedic residency program. He has also sponsored and mentored underprivileged students from high school through college, medical school, and beyond.

“Dr. Hill personally represents the good among those individuals who work actively to promote diversity everywhere,” said Dr. Sarwark. “He is a man of honesty, balance, and empathy, and gives wholeheartedly to further amplify diverse perspectives and thought. Those who have been around him have walked away more positive and knowledgeable for it.”

Dr. Hill has worked throughout his career to support the disadvantaged as well as under-represented ethnic groups and females. As a resident in the late 1970s, he provided volunteer orthopaedic care to an underserved community in Ethiopia. From 1980–1999, he served on the Board of Directors for Chicago’s Dr. Martin Luther King Boy’s Club and became an honorable member in 2003. He was a member of the Board of Directors for the New City YMCA Human and Community Development Center in Chicago from 1985–1992. As a member of the Board of Trustees at Talladega College, Alabama’s oldest private historically black liberal arts college, Dr. Hill has mentored and counseled students at the collegiate level since 1995. He is also a founding member and the second and longest serving president of the J. Robert Gladden Orthopaedic Society, a multicultural organization dedicated to increasing the number of minorities in orthopaedic surgery, eliminating healthcare disparities, and teaching culturally competent care for patients with musculoskeletal disorders.

“I’ve been fortunate to have people throughout my life who opened doors for me when I couldn’t,” said Dr. Hill. “I’m very grateful—and believe it is my obligation—to be able to give back to others who haven’t had the same opportunities.”

A former Chief of Staff at Northwestern Memorial Hospital, Dr. Hill is currently a Professor of Orthopaedic Surgery at Northwestern University Feinberg School of Medicine, a position he has held for 40 years. He is also a past president of the Medical Alumni Association at Northwestern University Feinberg School of Medicine and is still involved in mentoring, diversity, and inclusion within the organization. In addition, Dr. Hill maintains a long-standing commitment at two of Chicago’s public hospitals where he provides surgical care for the underserved and underprivileged. His commitment to the community further shines through his volunteerism with the Chicago public school system and mentorship of minority and economically disadvantaged grammar and high school students in his boyhood neighborhood.

“In the more than 35 years that I’ve known Dr. Hill, it’s never been about him. It’s about doing the right thing, helping all individuals attain what they want, and helping those less privileged from similar backgrounds as his make a difference,” said Dr. Hill’s colleague, Stephen M. Gryzlo, MD, FAAOS.

Dr. Hill received both his undergraduate degree and medical degree from Northwestern University, and took his orthopaedic residency at the school’s McGaw Medical Center. He credits his many mentors and role models for providing him with the opportunities that have enabled him to succeed.