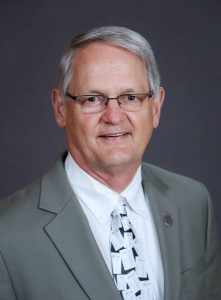 In 2008, Dr. Swiontkowski, Principal Investigator Mohit Bhandari and their colleagues began studying the most effective ways to manage femoral neck fractures, one of the most common locations for a hip fracture. The femoral neck is part of the femur and is found directly beneath the femoral head. The collaborative effort eventually expanded to include over 366 orthopaedic surgeons in 81 centers across eight countries and was given the name FAITH (Fixation Alternatives in the Treatment of Hip Fractures).

The standard of care for undisplaced fractures (where the bones remain aligned in the fracture) is internal fixation, in which a mechanical implant, such as several screws or one large screw attached to a plate, reconnects the two segments of bone together. For displaced fractures, surgeons choose between internal fixation or arthroplasty, depending on patient characteristics and surgeon preference. Complications of internal fixation include the death of bone tissue (avascular necrosis), early implant failure and nonunion of the bone. These complications often require revision surgery and are associated with high morbidity and significant mortality.

“The motivating factor behind our research was the fact that there’s a very high known failure rate of internal fixation for displaced femoral neck fractures,” said Dr. Swiontkowski, professor, Department of Orthopaedic Surgery, University of Minnesota, and co-chair, FAITH Steering Committee. “In doing our own meta-analysis, we saw that one type of device may offer superior outcomes over another. However, we recognized it wasn’t definitive because of the number of subjects involved in trials to date. We endeavored to build a worldwide, multi-center, randomized trial to secure the statistical power to answer that question.”

“The only time orthopaedic surgeons should use multiple screws is with a truly undisplaced fracture,” said Dr. Swiontkowski. “For all other factures that they intend to fix without arthroplasty, they need to use a sliding hip screw.”

The researchers plan to use the award money to fund a larger, international cohort study (3,000 subjects in each treatment category) comparing the best implant approach for fixation of femoral neck fractures with the best arthroplasty approach.

Dr. Swiontkowski previously was awarded the Orthopaedic Research and Education Foundation (OREF) Clinical Research Award in 1997 for the development of a musculoskeletal extremity health status instrument; the 2003 Kappa Delta Ann Doner Vaughn Award for the study of limb salvage or amputation after severe lower extremity trauma; and the OREF Clinical Research Award in 2010 for research titled “Setting a New Benchmark for Collaborative Trials in Trauma: The Rationale, Design, and Execution of the Study to Prospectively Evaluate Intramedullary Nails in Tibial Shaft Fractures (S.P.R.I.N.T.).”

Kappa Delta Foundation
Kappa Delta Sorority is a national organization for women with nearly 260,000 members, more than 500 chartered alumnae chapters and 169 active collegiate chapters. Established in 1981, the Kappa Delta Foundation is a 501(c)3 organization whose mission is to secure funds for the educational, leadership and charitable purposes of Kappa Delta Sorority. The foundation is supported by member donations and bequests that fund programs and initiatives such as scholarships, internships, grants and more. Kappa Delta National Headquarters is in Memphis, Tennessee. For more information, visit www.kappadelta.org/foundation.