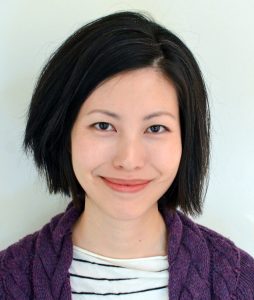 Tendons are connective tissues that bind muscle to bone and serve to move the bone. Tendons are prone to injury when overstrained and are slow to heal.[i] Even following surgery, tendons do not return to normal mechanical properties as the tissue heals via scar formation. This can lead to high rates of failure and re-rupture, presenting a clinical challenge as well as continued pain for the patient.[ii]

“Once you rupture a damaged tendon, in many cases, all we can do is sew the tendon back to itself or the bone, leading to re-rupture or persistent pain,” said Dr. Huang, associate professor, Department of Orthopaedics, Icahn School of Medicine, Mount Sinai. “Since you can’t regenerate the tissue, we designed our study of tendon development to first study how the body normally produces tendons, a process that was previously understudied. The goal was to use these discoveries to inform some kind of regenerative therapy.”

The poor understanding of tendon biology has limited the ability to repair tendons. As such, Dr. Huang and her colleagues utilized genetic tools, mouse injury models and bioengineering approaches, which use artificial tissues to replace damaged parts of the body to explore the biology of tendons.

This understanding of how tendons form allowed researchers to study tendon repair.

Drs. Huang, Schweitzer and Galatz compared tendon healing in baby and adult mice to understand the differences. The investigators injured the Achilles tendon of mice at five days old and mice who were four to five months old. At 14 days post injury, the baby mice had returned to normal function and fully recovered by day 28, while adult mice remained impaired. Researchers tested adult mice at day 56 and found persistent loss of mechanical function in the Achilles. The findings suggest that neonatal tendons regenerate a functioning tendon, allowing future research to investigate regenerative healing versus non-regenerative healing and the use of established genetic tools to identify new methods of healing.

“What we’re seeing in adults is that the tendon cells aren’t activating after injury and remain relatively quiet,” said Dr. Huang. “Some of the tendon cells actually undergo an abnormal differentiation to make cartilage. We saw a difference in the characteristics of the cells where they start to turn on more cartilage markers during postnatal maturation and this may be what predisposes them to make cartilage after injury. We’re trying to understand what it is about the neonatal tendon cells that allow for regeneration and then identify medications that can reprogram the adult environment.”

In addition to the Achilles tendon, the team studied tendon healing in the rotator cuff, as these tendons present some of the most clinically challenging outcomes. Achilles tendon ruptures have a 4.5% re-rupture rate after surgery,[iii] while rotator cuff tendons have failure rates as high as 94% in the elderly population.ii Following the learnings in Achilles tendon healing, investigators tested whether the tendon in the rotator cuff healed by a similar mechanism. Two injury models were utilized – partial detachment without repair and full detachment with surgical repair.

“Initially, I thought we would see similar results to what we found in the adult Achilles healing, but the shoulder tendon seems to be very different,” said Dr. Huang. “Both tendons heal by scar formation and where we see a particular cell (alpha smooth muscle actin cells) contributing to the scar in the Achilles tendon, we didn’t see the same cell in the rotator cuff. If there is an injury to the supraspinatus tendon in the rotator cuff, those same cells aren’t recruited. We’re not sure what the source of the scar cells are; however, it was interesting that different tendons have a different healing response even though the ultimate outcome was the same.”

To improve rotator cuff tendon healing, the researchers tested decorin hydrogel treatment. Decorin is a component of the tendon’s extracellular matrix, which is like a house for the cell. It is found in the collagen fibers in connective tissues. Several previous studies showed that systemic delivery of decorin may help regeneration due to its ability to inhibit scar formation; however, no studies tested decorin delivery to promote tendon healing.

To test if decorin can improve scarring after rotator cuff injury, the team applied the material at the time of tendon detachment and repair to the adult mice. The results showed rapid recovery after the injury and improved healing by days three and seven. By day 14, functional healing returned to pre-operation levels. The results suggest that using decorin at the time of injury may result in early reduction of scarring and improved movement, helping to heal the tendon and augment rotator cuff repair.

With the key learnings from these data, ongoing and future studies will investigate whether adult cells can be reprogrammed to become an immature tendon cell, thereby allowing function to return to normal following injury. Studies may also determine how these findings can translate into the clinical setting to reduce healing by scar formation.

Kappa Delta Foundation
Kappa Delta Sorority is a national organization for women with nearly 260,000 members, more than 500 chartered alumnae chapters and 169 active collegiate chapters. Established in 1981, the Kappa Delta Foundation is a 501(c)3 organization whose mission is to secure funds for the educational, leadership and charitable purposes of Kappa Delta Sorority. The foundation is supported by member donations and bequests that fund programs and initiatives such as scholarships, internships, grants and more. Kappa Delta National Headquarters is in Memphis, Tennessee. For more information, visit www.kappadelta.org/foundation/.

Funding for this research came from the National Institutes of Health, the Orthopaedic Research and Education Foundation, New York State Stem Cell Science (NYSTEM), University of Bern (Switzerland) and the Department of Orthopaedics at the Icahn School of Medicine at Mount Sinai.